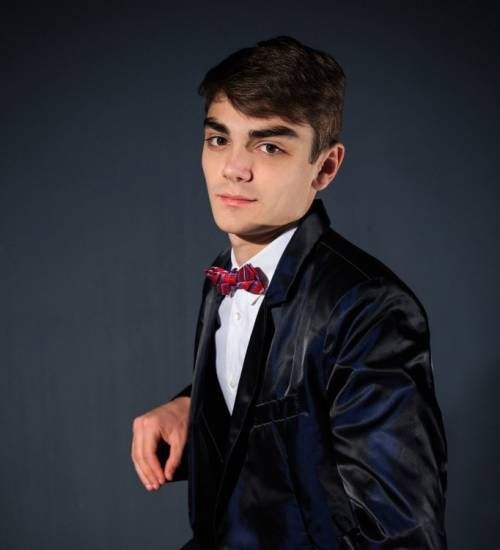 Now - a student of the vocal department of the Astrakhan Musical College named after M.P.Mussorgsky (class of A.A.Nesterov).
Since April, 2015. - a soloist of the Astrakhan State Opera and Ballet Theatre.
He is a laureate and a scholarship of the International Charitable Foundation programs: "New Names" by Vladimir Spivakov, "Russian Peace Foundation" by Yuri Rozum, programs by Denis Matsuev, by Maria Maksakova-Igenbergs.
As a member of delegations he represented Russia at the international political, economic and cultural forum in Germany, France and Italy.
In 2010 - 2012 C.Sklyarov took part in gala concerts of "Novaya Opera" theatre; he was a constant participant of the international and national charity concerts-actions : "Art Against the Cruelty", "Music Without Borders" (Moscow and the Moscow region).
In 2008 - 2011 he performed the part of Tsarevich Fyodor in the opera "Boris Godunov" by Mussorgsky and the part of Shepherd in the opera "Tosca" by J.Puccini in performances of the Astrakhan Music Theatre.
He has given annual solo Christmas concert in the Roman Catholic Church (Astrakhan, Volgograd).
He is a prize winner and a Grand Prix winner of many international vocal competitions in his age category.