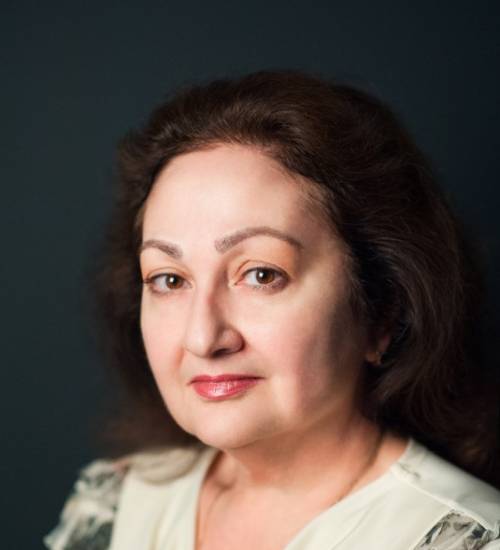 M.Popandopulo performed dozens of solo concerts, her chamber repertoire includes works by Arensky and Taneyev, Shostakovich and Shchedrin, Mussorgsky and Rachmaninoff, Spanish music and the ancient Russian city romances.
She combined actor's work with Assistant Director`s work; for several years she worked as an opera mamager.
For many years M.Popandopulo has been an illustrator at the Chamber Ensemble Department and training concert-master in the Astrakhan Conservatory.

1999 - she was awarded the honorary title "Honored Artist of Russia".
Laureate of the Prize named after Mary Maksakova.
Laureate of the Regional Cultural Foundation prize for bright performance of Carmen in the opera "Carmen" staged by the creative association "Musical Theatre" (1994).
The special prize winner as the best illustrator at the All-Russian Concertmasters Competition in Kazan.