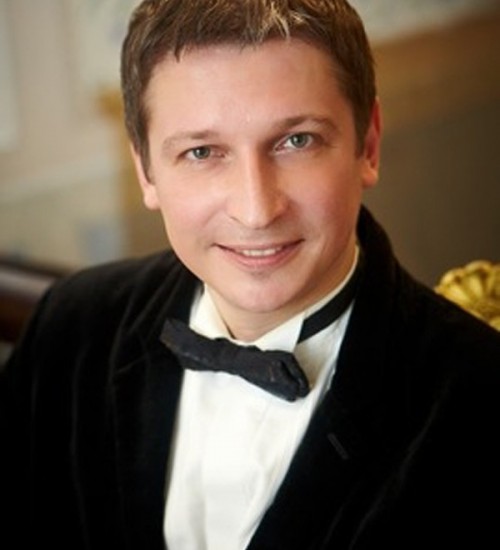 He graduated from the Choral School named after MI Glinka in "Conductor of the choir."

In 1999 he graduated from the vocal department of the St. Petersburg Conservatory & nbsp; them. ON. Rimsky-Korsakov (class of Honored Artist of Russia, Professor & nbsp;. VP Swan), in 2002 there - post-graduate studies at the People's Artist of USSR, Professor NP Okhotnikov.

Since 1993 - soloist of the Capella of St. Petersburg, which performed the solo in "Requiem" by Verdi, "Requiem» & nbsp; In.. Mozart, Beethoven's Ninth Symphony, Masse h-moll JS Bach's cantata "The Bells" by S. Rachmaninoff, "Les Noces" by Igor Stravinsky and others.

He regularly appears in the Large and Small Halls of the St. Petersburg Philharmonic Orchestra, participated in the festival "Palaces of St. Petersburg", "St. Petersburg Musical Spring", "Stars of the White Nights" and others.

In 2003 he was invited to the Bolshoi Theatre of Russia, which to date has executed more than twenty parties.

Since 2015 collaborates with the Astrakhan State Theater of Opera and Ballet, performed the leading bass roles in the opera "Prince Igor", "Iolanta", "Legend of the Invisible City of Kitezh", he took part in the concert programs of the theater.

2001 - the diploma and a special prize of the II International Competition for Young Opera Singers of Elena Obraztsova (St. Petersburg).

2004 - I prize at the International Competition named after GV Sviridov (Kursk).

2005 - the title of "Honored Artist of the Russian Federation"

He has performed in the USA, Holland, Belgium, Switzerland, Germany, France, Spain, Portugal, Poland, Slovenia, Croatia, Yugoslavia, Greece, South Korea and Japan. In 2000 he made his debut in the concert halls of Carnegie Hall and Lincoln Center (New York), in 2003 - in the concert hall of the Concertgebouw (Amsterdam).