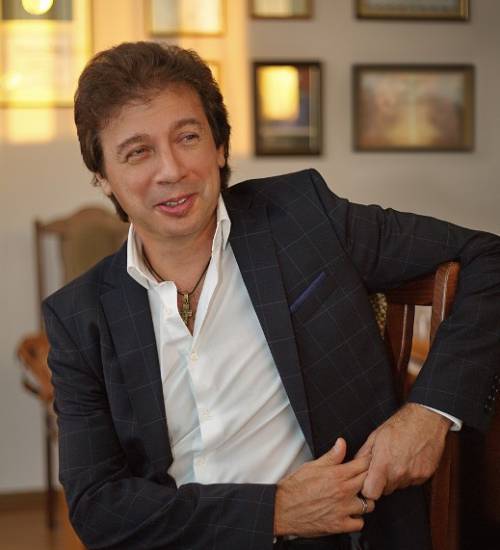 The creative life of Konstantin Uralsky began in the Bolshoi Theatre where he danced after graduating from Moscow choreographic school. Had chosen the way of a choreographer he joined the choreographic faculty of GITIS at the course of Professor Olga Tarasova. Then he made a desperate step - left the Bolshoi and went to the West (Germany, USA) to learn forms of modern dance that had an echo in Moscow, but hadn't been taught in the USSR. He was offered a job in America, remained there and became the Artistic Director of Iowa Ballet troupe.

In 1991-1996 K. Uralsky headed the Ballet of Iowa. He paid the main attention to strengthening the ballet school and restored many classical ballets. With the Ballet of Iowa Uralsky has staged 15 original performances that caused a lot of interest among critics. Some of them are «Birds», «My Reverie», «Carmen Suite», «More Than Two to Tango», «Macbeth», «Thinking about Petrushka», «Music by Albinoni», «Doctor Zhivago», etc. These works made him famous in the USA and so he became the Russian American.

In 1998 Konstantin Uralsky opened his own ballet school in New York. He continued staging and became the Artistic Director of the Ballet New York. New works such as «Moonlight», «Silent Night», «Strangers in the way» and others were made for this collective.

In 2003 Uralsky was invited to the ballet «Moscow» to stage a performance «Waltz of white orchids» based on E.M. Remark's works to the music by Maurice Ravel and French chanson of 1930s. In following years he continued to work actively in the USA and Europe, creating ballets to the music by Rachmaninov, Mozart and others.

Konstantin Uralsky has staged for Chelyabinsk State Theatre of Opera and Ballet the ballet «Romeo and Juliet» by S. Prokofiev and the world ballet premiere «El Mundo de Goya» about life of a Spanish painter Francisco Goya. The composer Valeria Besedina wrote music especially for this performance. Both premieres have caused great interest among public and professionals. The ballet «El Mundo de Goya» was given five awards, including the prize for the best choreography of the year, at the festival «The Stage 2007».

Since April, 2008 Konstantin Uralsky was the Ballet Director at Chelyabinsk Academic Theatre of Opera and Ballet named after Glinka.

In 2008 Konstantin Uralsky was given the State Prize of the Russian Government for achievements in culture. The award was given for the ballet «El Mundo de Goya».


Konstantin Uralsky is the laureate of International Competitions.

Today Uralsky continues to stage performances in different countries. His latest works are ballets «Faces of Russian Seasons» in Italy at the National Dance Academy in Rome, «More Than Two to Tango» at the National Theatre of Kosovo republic, «Rhythms of the Sun» in Bolivia, «Chekhov. Reflections» and «Firebird» at Chelyabinsk Academic Theatre of Opera and Ballet named after M.I. Glinka.