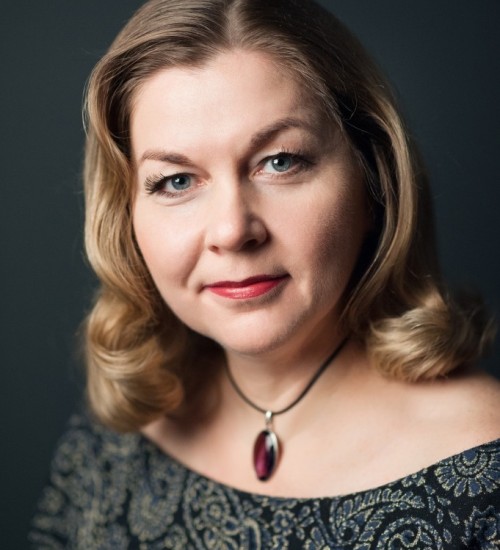 In 1996 she graduated from the Ural State Conservatory named after M.P. Mussorgsky, (class of Honored Artist of Russia, ProfessorL.E Krasnopolskaya, chamber class of senior lecturer E.N. Demyanenko, opera class of conductors E.V. Manaev, V.M. Bocharov.
1996-1999 - a soloist of the Uzbekistan Bolshoi Theatre named after Alisher Navoi (Tashkent).
Since 1999 - a soloist of theater "Saint Petersburg Opera"
2005 - the first performance of the oratorio "Flood" by K. Saint-Saens for soloists, choir and orchestra under the baton of E. Serov in the Great Hall of the St. Petersburg Philharmonic Society.
2007 - the part of Babarikha in "The Tale of Tsar Saltan" by N.A. Rimsky-Korsakov at the Mariinsky Theatre.
2008 - the part of Suzuki in the opera "Madame Butterfly" at the Musical Opera Festival in Sweden (Dalhalla)
2009 - participated in the 45 International Festival of Contemporary Music "Petersburg Musical Spring".
2010 - participated in the 18th Opera Festival in Sigulda (Riga), the part of Suzuki in "Madame Butterfly".
Cooperation with the museum "Anna Akhmatova. Silver Age "in the subscription programs “a Lesson at the Museum "
Since 2011 - a soloist of the Astrakhan State Opera and Ballet Theatre.