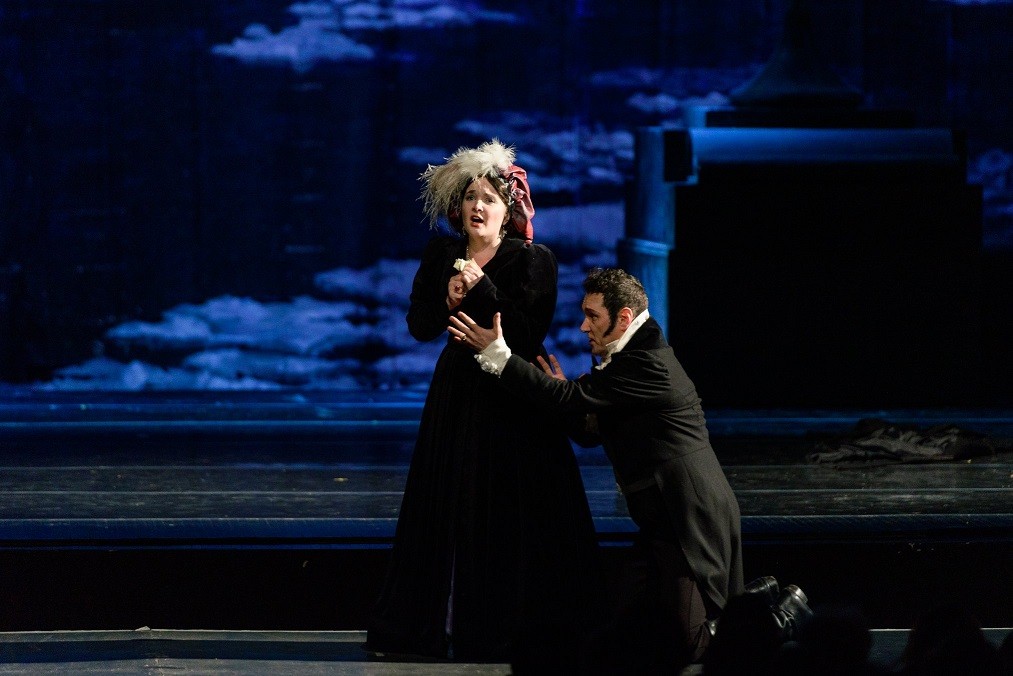 220 year anniversary since the birth of the greatest Russian poet and writer, the classic of Russian and world literature Alexander Pushkin is celebrated on June the 6th. On this day, the opera troupe and symphony orchestra conducted by Vladimir Meshkov invites fans of the great poet to the opera “Eugene Onegin”.

One of the most remarkable works of Alexander Sergeyevich Pushkin is called "the encyclopedia of Russian life" by his contemporaries; another genius of Russian culture is the composer P.I. Tchaikovsky - presented in the form of "lyrical scenes" and paid special attention to the emotional experiences of the characters. The famous novel can be interpreted in different ways and everyone will be still right.

In the opera masterpiece the soloists of the troupe will tell us about the first love feelings of young Tatiana to the capital hero from St. Petersburg, about rejected feelings, vanity, about the desire to get everything at once and, ultimately, about the eternal loneliness of Eugene Onegin.

You can buy tickets at the theater box office (phone 66-76-30), as well as on the website of the Astrakhan Opera and Ballet Theater: www.astoperahouse.ru