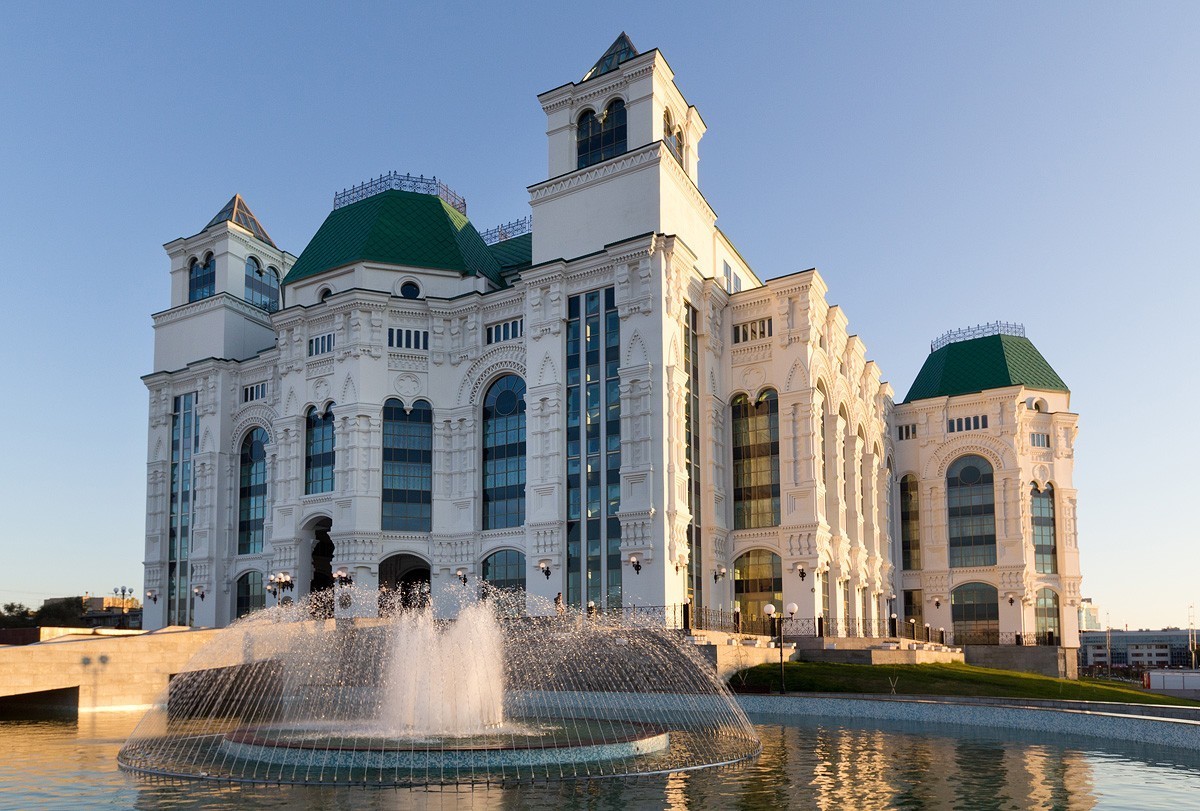 Theatre vacations are finished. Artists and musicians came back to their opera house. Big and serious work is waiting for them. Less than one month remains before the start of a magnificent performance in the Kremlin. Workdays of artists are full again with rehearsals and lessons. Theater workshops proceeded to manufacturing of decorations and fabrication of theatrical costumes.

Project “Russian operas in the Astrakhan Kremlin” is conducted f the fifth time.

The performance will be put into action by Valeriy Voronin - the art director and principal conductor of the Astrakhan Opera and Ballet Theatre; Georgy Isaakyan - opera producer and recognized cultural figure of Russia, art director of The Moscow State Opera and Ballet Theatre for young audience named after Natalia Sats; Valentina Ostankovich - theatre designer, winner of the “Golden Mask” award; Anna Kostrikova - costume designer (winner of the “Golden Mask” award in 2016 for the best designer work in performance of Dmitry Krymov “O-th. Late love”).

As one day M.Glinka found a new path in the art and chose Russian fairy-tale for creation of opera masterpiece, as today producers of “Ruslan and Ludmila” opera also followed a new path. It will be a view of a modern person to a fairy-tale plot of classic opera - a combination of real life and fairy-tale fantasy with saving of all academic art traditions and norms.

Theatre performance will take place under the open sky in architectural decorations of the Astrakhan Kremlin on 30 and 31 of August at 20.00 (19.00 Moscow time).

You can buy tickets in the theatre ticket office (telephone 21-16-30) as well as on the website of the Astrakhan Opera and Ballet Theatre: www.astoperahouse.ru