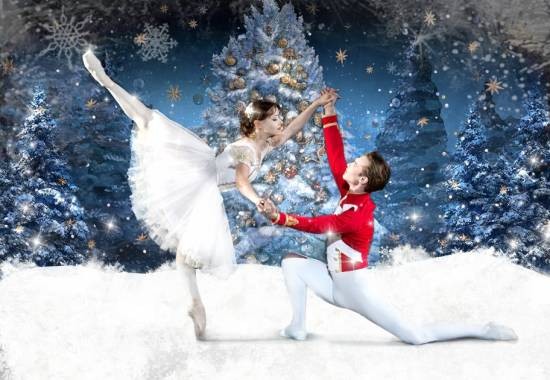 A new version of the ballet "Nutcracker" by Pyotr Tchaikovsky will appear at the Astrakhan Opera and Ballet Theater. The pinnacle of ballet classics, Tchaikovsky's musical masterpiece, will be presented on December 29 at the Bolshoi Stage, choreographed by Vasily Vainonen. The Nutcracker went through many interpretations: Bejart, Balanchine, Vainonen, Grigorovich, Maurice, Panfilov - each choreographer had his own style. In the repertoire of the Astrakhan Opera and Ballet Theater, The Nutcracker is choreographed by Konstantin Uralsky. Now the audience has a unique opportunity to get acquainted with the traditional choreographic version of Vasily Vainonen, which has adorned the stages of many theaters around the world for over 80 years. The success of this production and the many years of public appreciation are the best proof of everyone's love for Vainonen's Nutcracker. The choreographer rich in imagination has staged The Nutcracker several times. Vasily Vainonen's version is notable for its special entertainment, which made the Nutcracker into a real festive extravaganza for children and adults.

The ballet, edited by Vainonen, was transferred to the stage of the theater by the chief choreographer of the Astrakhan Opera and Ballet Theater Dmitry Gudanov, who for a long time was himself “the famous Nutcracker-Prince of the new century”. His part of the Nutcracker, which Gudanov danced at the Bolshoi Theater since 2000, became his reference part, like his other heroes - Desiree from "The Sleeping Beauty", Siegfried from "Swan Lake", Prince from "Cinderella", James from "Sylphide" , Albert from "Giselle", Basil from "Don Quixote", Solor from "La Bayadere", etc.

Lyudmila Semenyaka, People's Artist of the USSR, teacher-tutor of the Bolshoi Theater, in an interview with Rossiyskaya Gazeta, compared Dmitry Gudanov with Vladimir Vasiliev and said: “I had the opportunity to work with this wonderful dancer and I can say that such purity, such absoluteness of what I sought for himself, Vladimir Vasiliev, Dmitry Gudanov also achieved in his art. And - to an excellent degree. He belongs to people who dance beyond their capabilities. "

In the ballet profession, the continuity of generations, the transfer of knowledge and experience are important. Ballet, like no other art form, is passed from foot to foot, from hand to hand - this is constantly emphasized by connoisseurs of ballet art. Today Dmitry Gudanov transfers his signature style - aristocratic lightness, perfect beauty of movements, filigree precision of gesture to the artists of the Astrakhan ballet troupe.

So, starting from December 29, the audience will have the opportunity to see one of the most beloved ballets in the world before the New Year, where a magical atmosphere of dreams and fabulous adventures reigns.