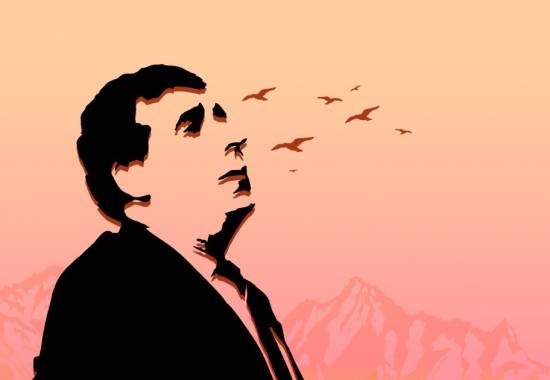 In 2021, the musical community celebrates the 100th anniversary of the birth of Arno Babajanyan, one of the brightest composers of the 20th century, pianist, teacher, People's Artist of the USSR. Anniversary events will take place in the Great Hall of the Moscow Conservatory, the Moscow International House of Music and other halls in Moscow, the Mariinsky Theater and the Catherine's Assembly Hall in St. Petersburg, the branch of the Mariinsky Theater in Vladikavkaz, opera houses of Rostov-on-Don and Voronezh, etc.
The Astrakhan Opera and Ballet Theater has also joined the anniversary events. The concert program "The Voice of His Heart", which was conducted by the Honored Artist of the Republic of North Ossetia-Alania Yevgeny Kirillov, demonstrated the entire spectrum of the composer's talent - from academic music to song genre. The first part was opened by the “Heroic Ballad” for piano and orchestra, where the laureate of the international competition Hovik Grigoryan was the soloist. The program also included: "Elegy", serenade "My heart in the mountains" for trumpet and orchestra, "Vocalise", "Nocturne", "Ode to Armenia".

In the second part, the orchestra and opera soloists performed famous hits of the Soviet era. “Year of Love”, “Best City on Earth”, “Beauty Queen”, “Your Footprints”, “Thank You”, “Wedding”, “Take Your Time”, “Nocturne”, “Give Me Back the Music”, etc. - the audience met all these incredibly sincere and kind songs with special warmth, singing along with the artists. It is no coincidence that Babajanyan was awarded the title of "Best composer in the world", an award presented to him by Frank Sinatra. The concert, in which the symphony orchestra, leading opera soloists and artists of the choir of the Astrakhan Opera and Ballet Theater are involved, was attended by the soloist of the Perm Opera and Ballet Theater, laureate of international competitions, diploma winner of the Golden Mask Prize Garry Agadzhanyan.

The concert was held with the support of the “In memory of Arno Babajanyan” foundation. General Producer of the Fund Armen Sarkisyants presented letters of gratitude to the participants of the concert, as well as a jubilee medal in honor of the centenary of the People's Artist of the USSR Arno Babajanyan to the symphony orchestra of the Astrakhan Opera and Ballet Theater.

The musical evening, which united both major and minor notes, delighted the audience with its warmth, beauty, sincerity and melody. The performed music by Arno Babajanyan allowed both the audience and the participants of the concert to feel good, incredible emotional uplift and optimism.

The full hall and the sold out tickets for a series of concerts confirmed that as long as the music sounds, the composer continues to live.