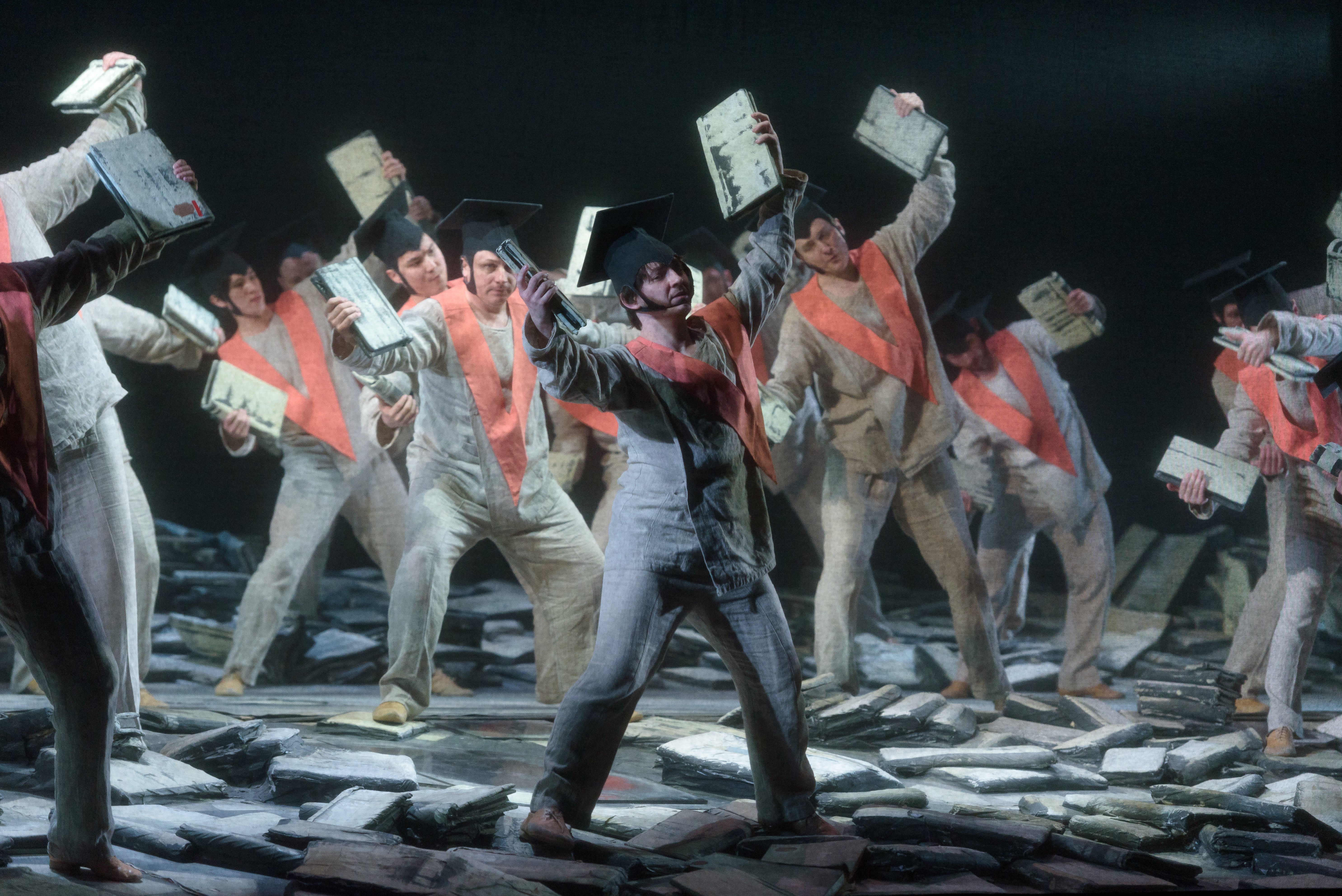 In Ufa, the "Big Tour" of the Astrakhan Opera and Ballet Theatre are held, organized by the Federal State Budgetary Institution "ROSCONCERT" in accordance with the All-Russian unified touring and concert plan of the Ministry of Culture of Russia.
On April 26, on the stage of the Bashkir Opera and Ballet Theatre, the opera performance "The Damnation of Faust" by Hector Berlioz was shown. Before the performance, a press scrum was held, where the regional journalists talked with the director of the Bashkir Theatre Ilmar Almukhametov, the artistic director and chief conductor Valery Voronin and the theater soloists Andrei Puzhalin, Dmitry Sharmanov, Sergei Mankovsky, and the invited soloist Vera Pozolotina (Yekaterinburg). The artistic director of the theater told the journalists about the performances, how they had been created, about the challenges of the vocals. He thanked "ROSCONCERT" for the opportunity to participate in the extensive project.  "Touring helps the troupe to hold their skills to a higher standard, it allows to exchange experience with their colleagues and, of course, to expand the audience.  The federal initiative "Big Tour" helps theaters to show the most large-scale and spectacular productions in other regions, for example, the performance "The Damnation of Faust" is a rare and very challenging performance and I am glad that we have got such an opportunity to show our theatrical work to the Ufa audience", Valery Voronin said.
The performers of the main roles came to journalists not just wearing the costumes, but already in stage images and ready to play.  The journalists noticed that the soloists Sergei Mankovsky and Andrei Puzhalin worked in perfect tandem. The artists told that they had been working together for fifteen years, but they would perform on stage in Ufa for the first time. Andrei Puzhalin noted that his teachers had been singing on the main stage of Bashkiria.
The play was a great success. The audience of Ufa highly appreciated the work of the soloists, the symphonic orchestra and the chorus. The performance was directed by the chief conductor Valery Voronin.
The tour will continue on April 28 and 29 with the performance of the romantic ballet "La Sylphide" by Herman von Løvenskiold.