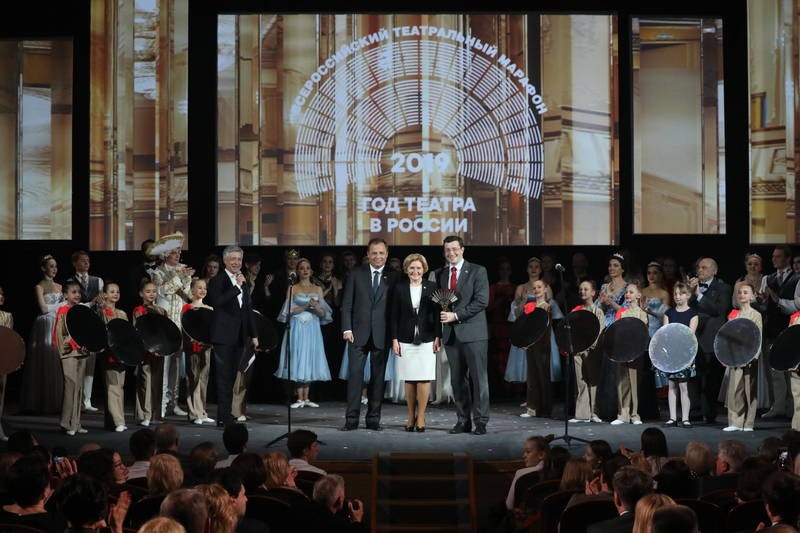 The All-Russian Theater Marathon lately arrived to the Nizhny Novgorod - celebrations were held in the Gorky Drama Theater. The relay has already passed three districts: Far East, Siberian and Ural. Nizhny Novgorod became the first city of a theatrical marathon in the Volga Federal District.

The vice-premier of the government and the chairman of the organizing committee of the Year of Theater in Russia, Olga Golodets, passed the baton. The artistic director and chief conductor Valery Voronin was invited to the solemn ceremony.

In the south of the country, Astrakhan is determined by the only region of the theater relay transfer that will take place on August 30 and will be marked by the brightest and most anticipated premiere of open air opera “Ruslan and Lyudmila” by M. Glinka in the Cathedral Square of the Astrakhan Kremlin. Moreover, the exhibition of the collections of federal museums plans to be opened with the support of the Russian Cultural Foundation.