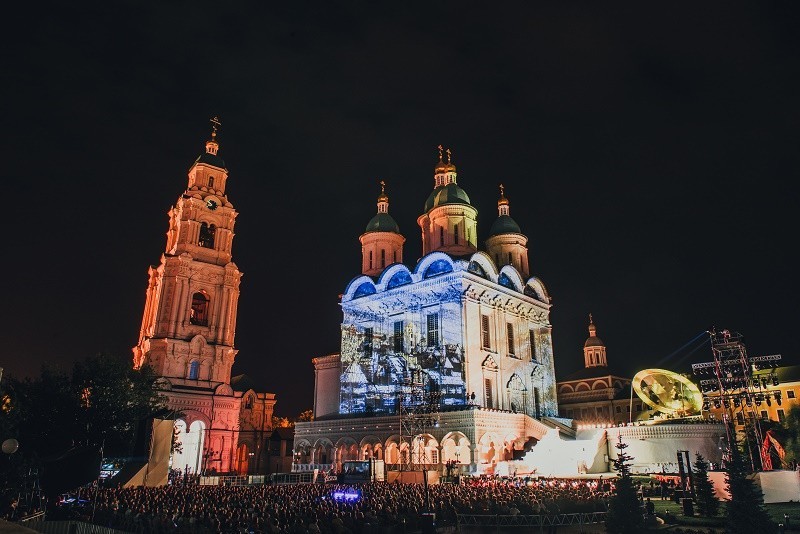 On August 30 and 31, the Astrakhan State Opera and Ballet Theater will present the opera “Ruslan and Lyudmila” by M. Glinka. The action will unfold under the sky in the historical scenery of the Kremlin at 8 pm.

It is symbolic that the opera performance “Ruslan and Lyudmila”, that keeps all the sources of all the Russian operas, is born in “The Year of the Theater”. The brightest and most anticipated premiere will take place within the All-Russian Theater Marathon. Astrakhan is defined as the only region in the south of the country where this grand event will take place on August 30.

On August 30 and 31 the competent musical critics, famous cultural figures, members of the Government of the Russian Federation and representatives of the Federal Ministry of Culture will attend a large-scale event.

This is not the first open air performance of a young and ambitious creative team of the Astrakhan Theater at Lobnoe Place of the magnificent Assumption Cathedral.

For the first time open-air on Cathedral Square was held in October 2012. "Boris Godunov" by M. Mussorgsky was presented to the audience. Large-scale open-air performances twice became laureates of the “Edge of the Theater of Masses” award (“Boris Godunov”, “The Legend of the Invisible City of Kitezh and the Maiden Fevronia”).

Soloists, choir, ballet, symphony orchestra, all production departments and technical services of the theater are involved in the performance. Honored Artist of the Russian Federation Pyotr Migunov (St. Petersburg, Moscow, Russia), leading soloist of the Astrakhan Theater Elena Razgulyaeva (Astrakhan, Moscow, Russia) are invited to participate in the production.

The journey by plane from Moscow to Astrakhan is only 2-3 hours that gives a great opportunity for connoisseurs of culture and for those who wish but live in other cities to see the performance. Tickets can be ordered online on the official website of the theate