Astrakhan picked up the baton of the All-Russian Theater Marathon 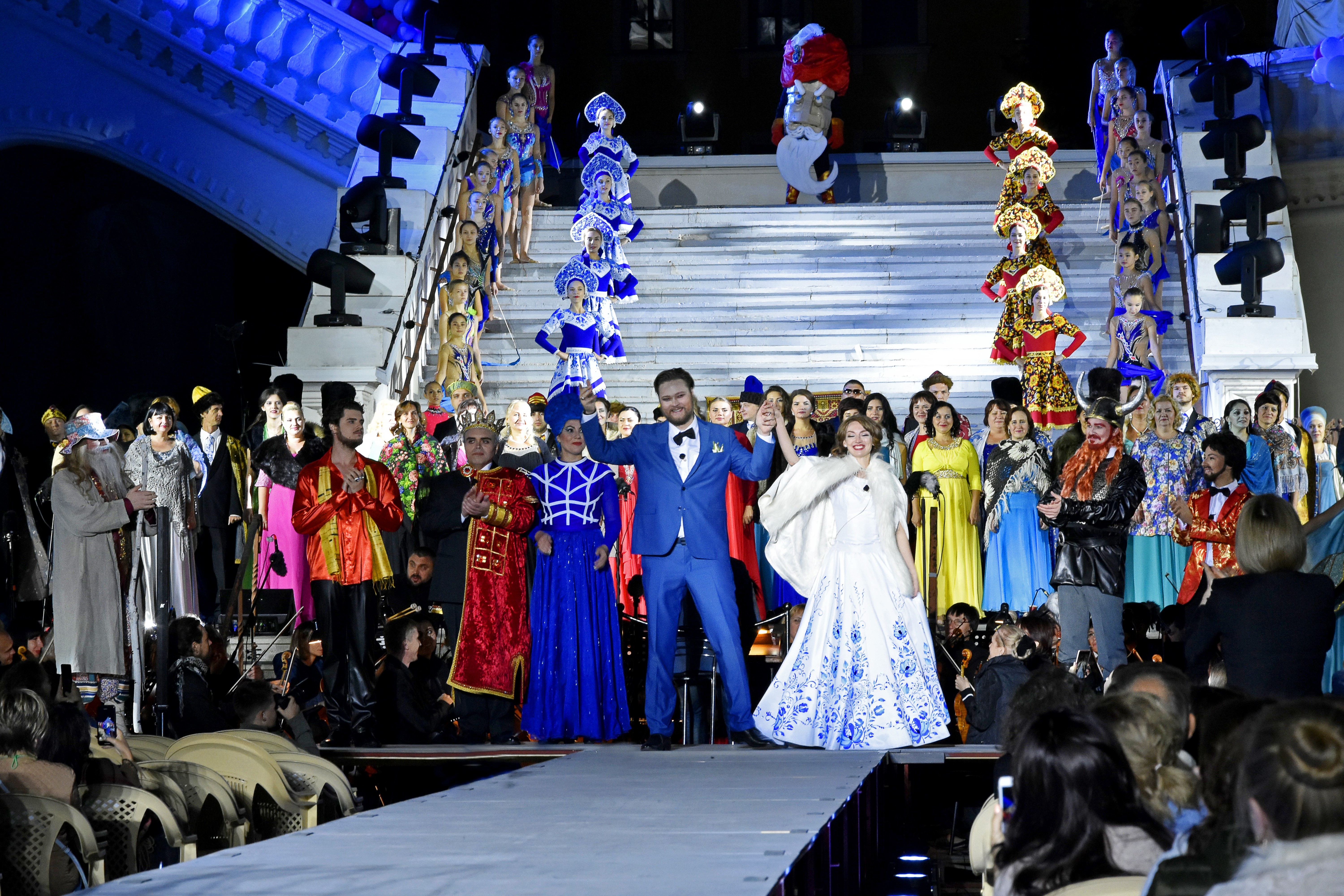 Today the territory of the Astrakhan Kremlin has become a united theater space. In the afternoon creative meetings and master classes with famous figures of theatrical art took place at the theater venues of the city. Before the start of the opera Ruslan and Lyudmila on the territory of the Kremlin delegations from Adygea, Krasnodar Territory, Rostov, Volgograd, Astrakhan Region, Kalmykia, Crimea and Sevastopol presented their theatrical and national traditions. Spectators were able to get acquainted with the traveling exhibition and the immersive theater.

Prime Minister Dmitry Medvedev, Minister of Culture of the Russian Federation Vladimir Medinsky, Deputy Prime Minister Olga Golodets, Acting Governor of the Astrakhan Region Igor Babushkin took part in the ceremony of handover of the symbol of the marathon. After the ceremony Astrakhan Kremlin turned into a lively setting for the magical opera Ruslan and Lyudmila.

Tickets for the performance were sold out long before the performance, however residents of the Astrakhan region were able to see large-scale action. An online broadcast was organized for them.

Today the title parts were performed by Mariinsky Theater soloists Anna Denisova and Gleb Peryazev. The production used special effects, including 3D projections. The production was carried out by the famous opera director Georgy Isaakyan.

At the end of the performance warm applause sounded to the directors, soloists, ballet dancers, choir and orchestra of the Astrakhan Theater under the direction of the conductor - director Valery Voronin.