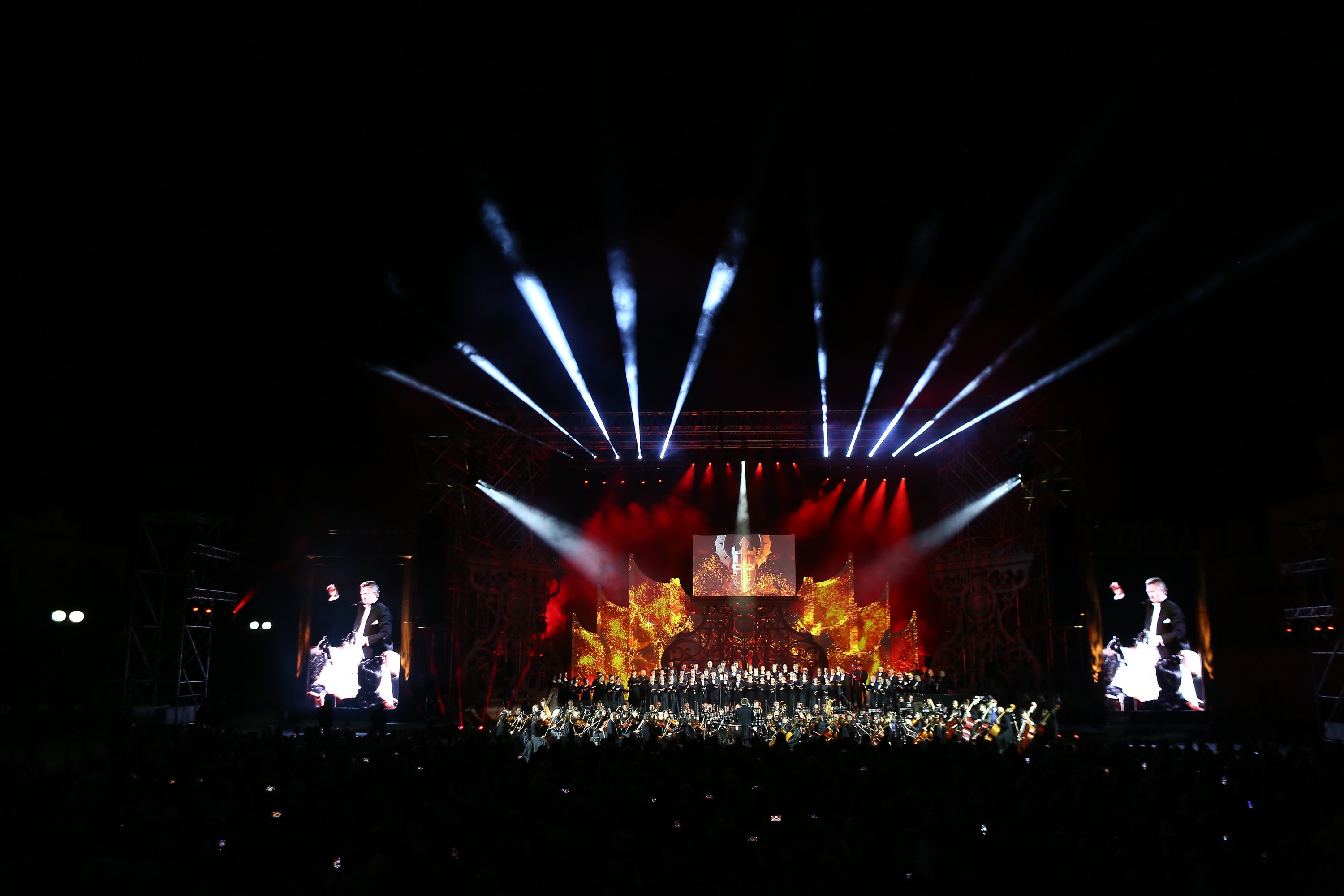 The cantata "Alexander Nevsky" by Sergei Prokofiev was performed under the open sky in the snow-white Astrakhan Kremlin.
On September 10, in the Astrakhan Kremlin a theater performance with numerous light and music effects was held al fresco. The audience could hear the cantata for mezzo-soprano, chorus and orchestra "Alexander Nevsky" by Sergei Prokofiev. The concert was timed to the official celebrations of the 800th anniversary of the birth of the legendary historical figure. By the decree of the President of the Russian Federation, 2021 is declared the Year of Alexander Nevsky.
This grandiose event was held within the framework of the International Caspian Festival of Classical Music “OperaFirst. Astrakhan 2021 ", the project "Russian Operas in the Astrakhan Kremlin "and the spiritual and patriotic project "Patron Saint of Russia ". The great commander was one of the people in the history of our Fatherland, whose activities defined the course of the Russian history for centuries.
The cantata was performed by the symphonic orchestra of the Astrakhan Opera and Ballet Theater under the baton of the chief conductor Valery Voronin, and the combined choir of the theater, which was joined by the artists of the State Chorus of the Republic of Kalmykia named after A. Tsebekov. The solo part was performed by Polina Shamaeva, the solo singer of the Moscow Novaya Opera Theater and the Hungarian State Opera House in Budapest. The cantata was preceded by the performance of Sergey Prokofiev's "Symphony №7". The ballet dancers took to the stage in the finale of the symphony.
About 200 people were participated in the concert. The big vocal and instrumental piece was accompanied by a visual show from Imlight company. High quality mapping and light effects contributed to the atmosphere of Prokofiev's most famous work, complementing the meaning and the content of each part of the cantata. 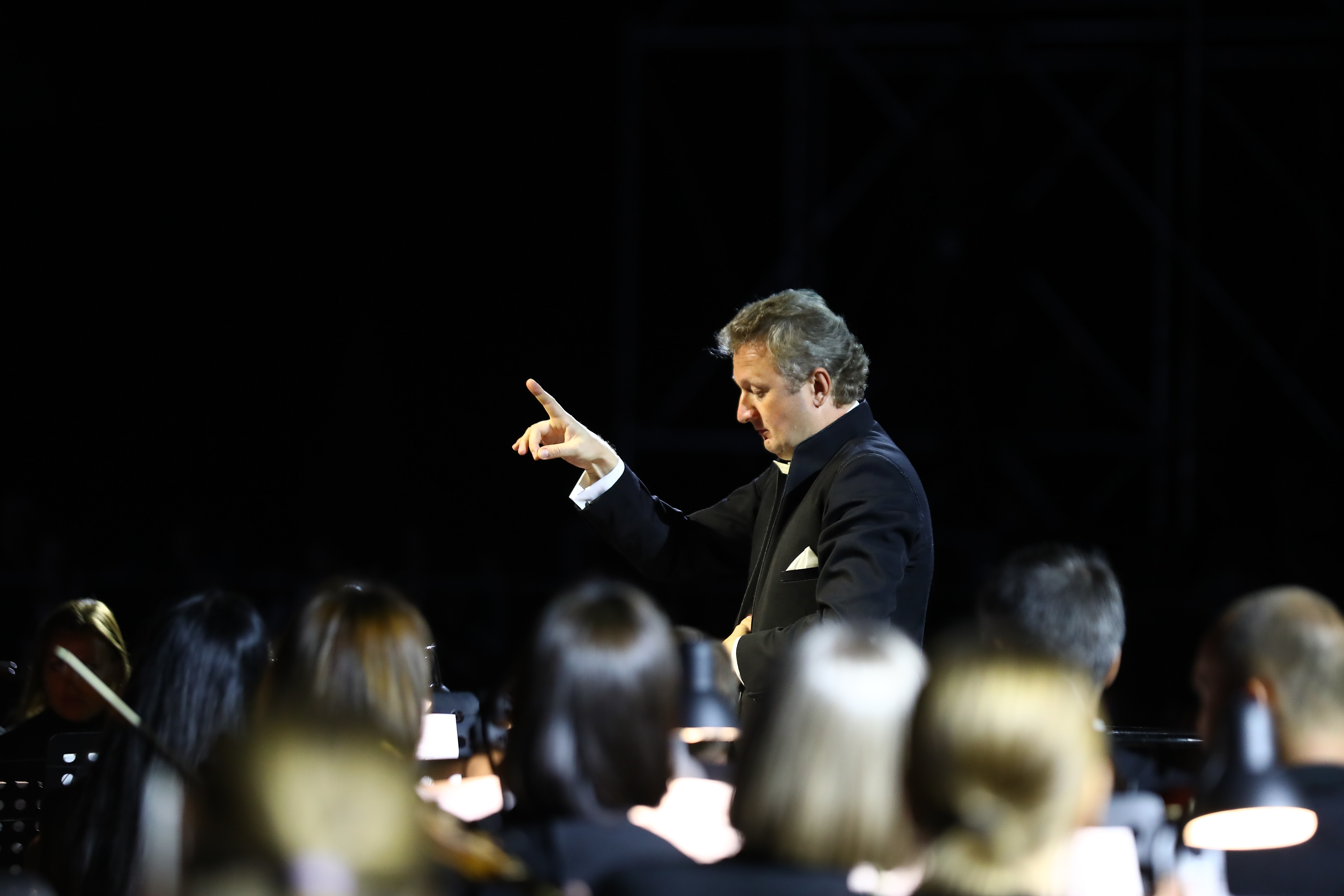 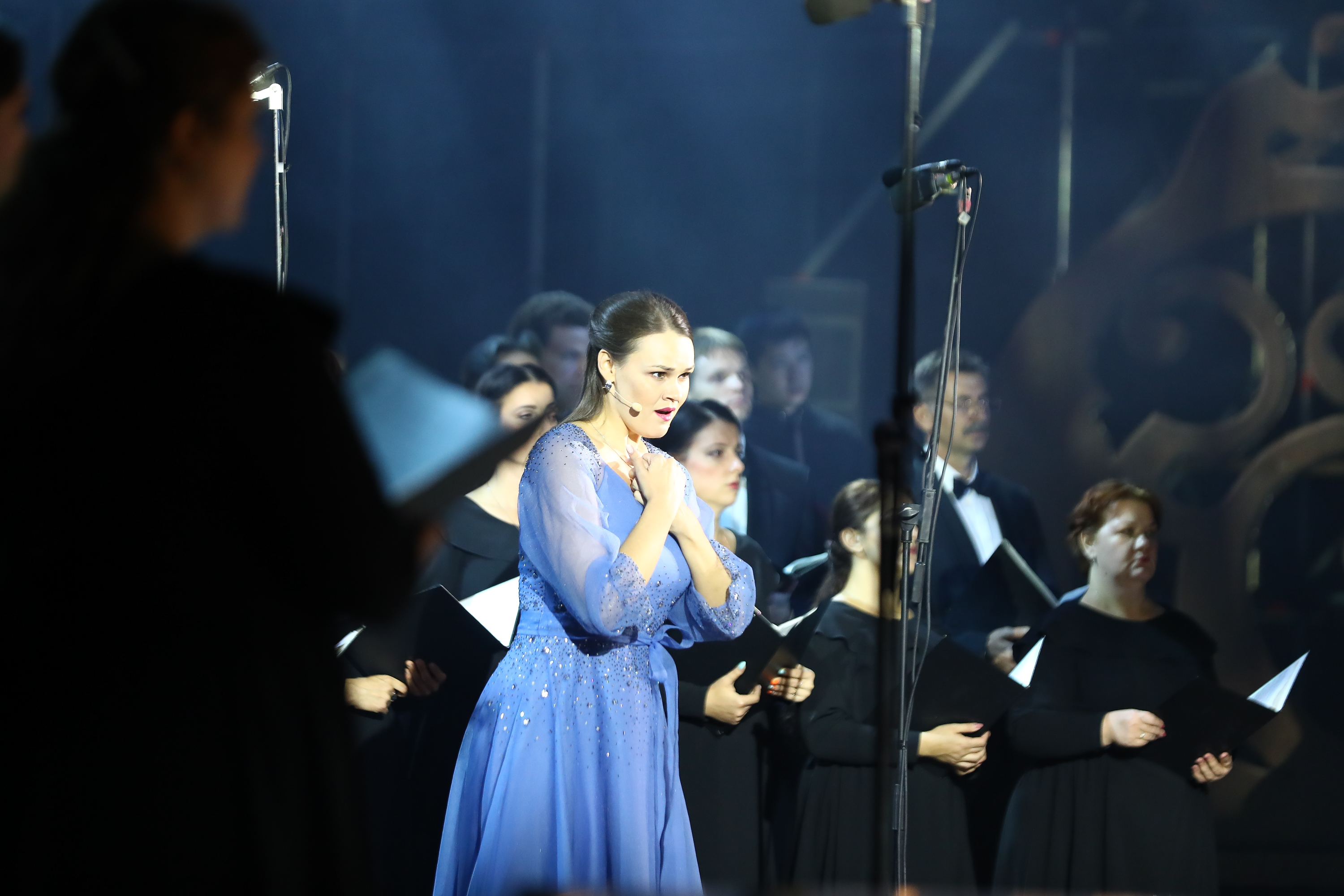 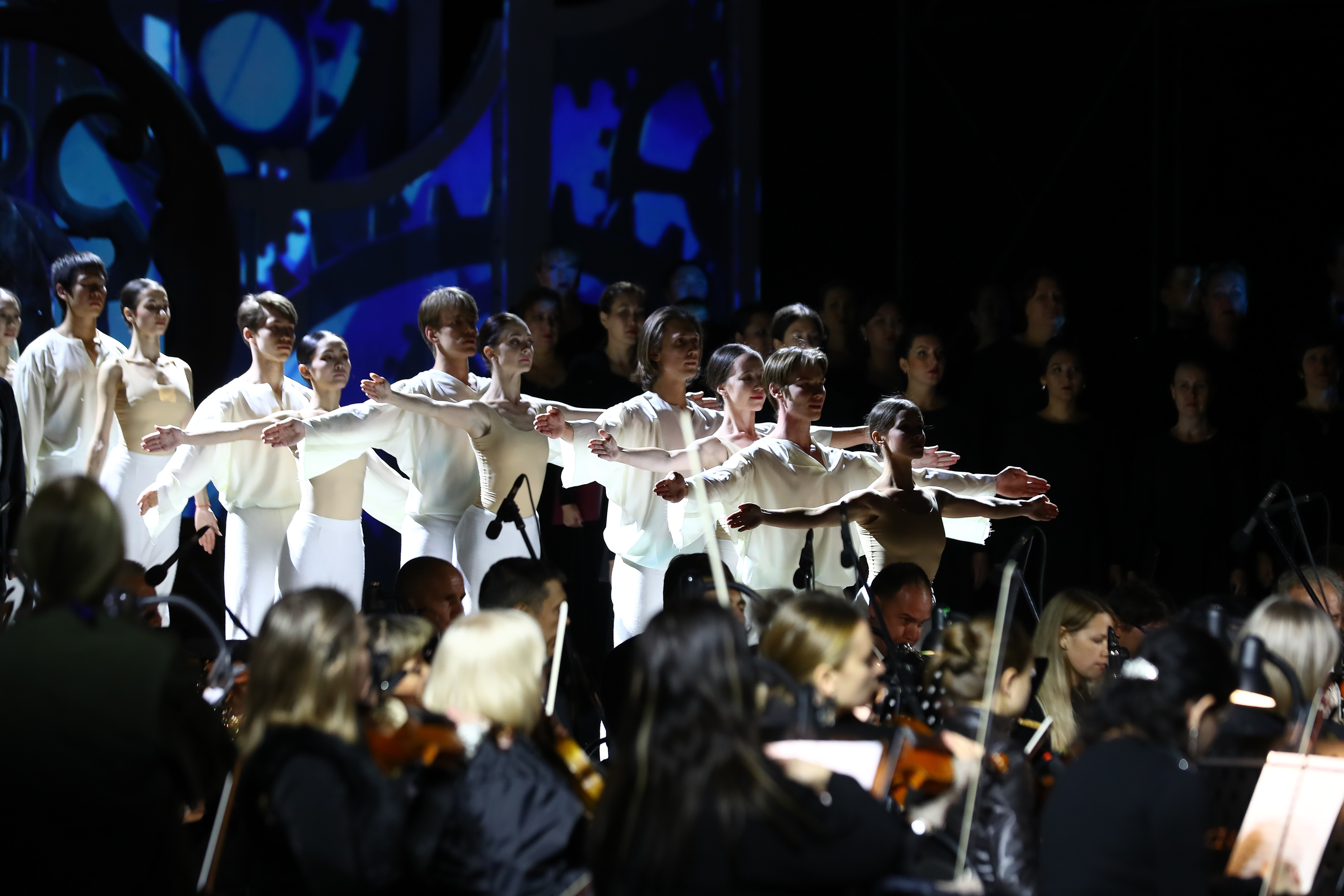 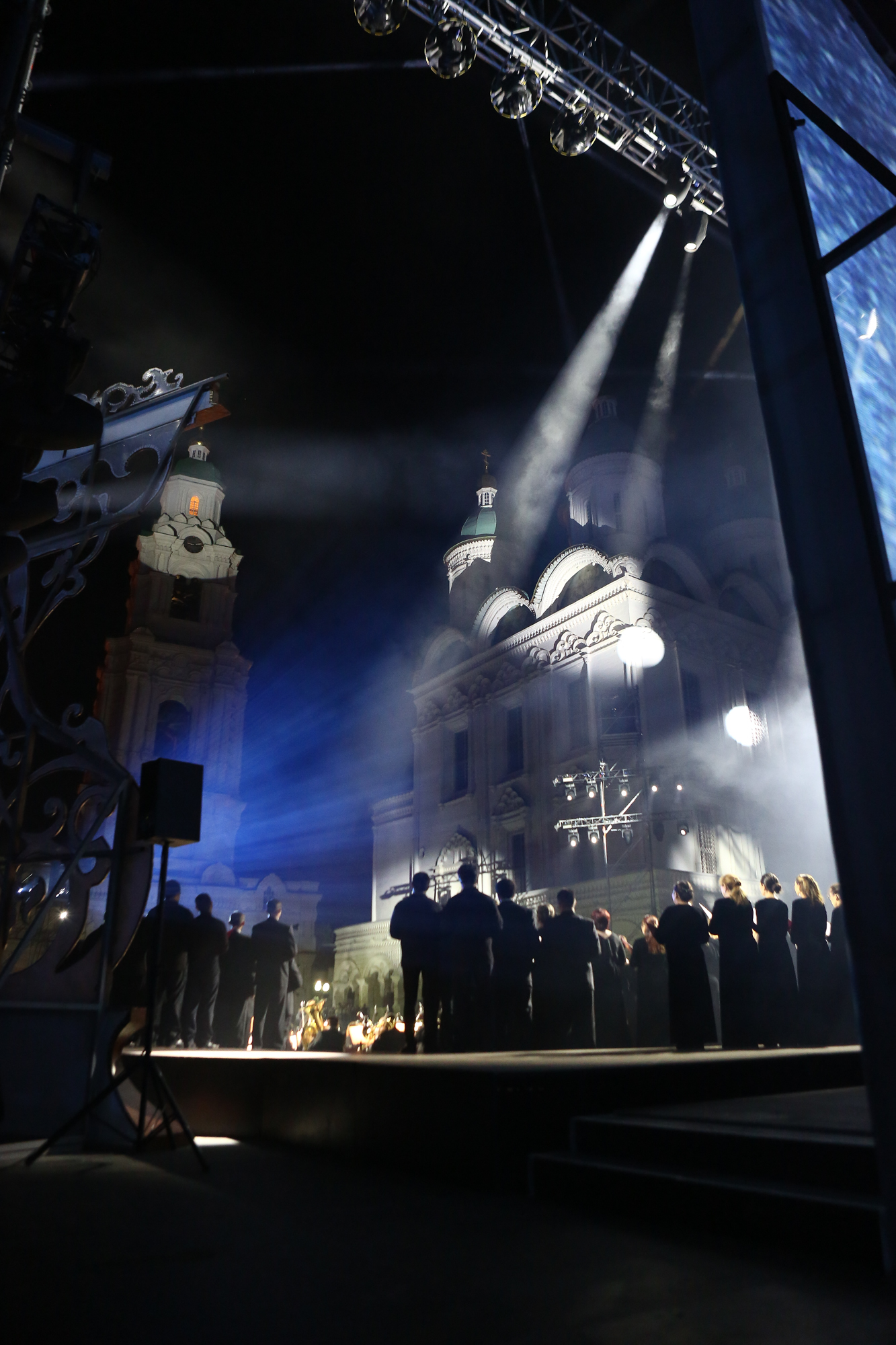