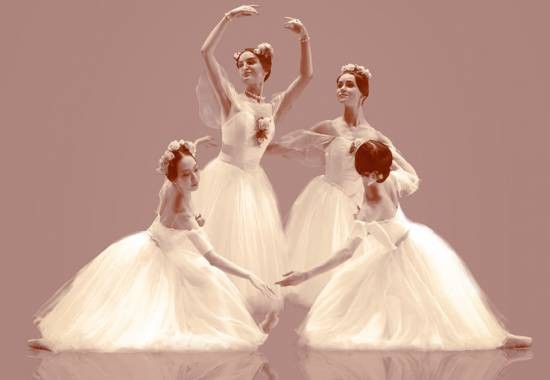 On October 17, at 6.30 pm the Big Stage of the Astrakhan Opera and Ballet Theater will host a gala concert "Masterpieces of the World Ballet". It will comprise fragments of the best performances, the masterpieces of the world ballet classics.
The ballet dancers of the Astrakhan Opera and Ballet Theater and the stars of the Bolshoi Theater Semyon Chudin and Ekaterina Krysanova will take part in the concert. These prominent dancers are prize winners of Benois de la Danse, an International ballet competition, known as “Ballet Oscar”.
Ekaterina Krysanova and Semyon Chudin, the prima ballerina and the principal dancer of the Bolshoi Theater, are particularly remembered in Astrakhan for their participation in the festive concert “Tchaikovsky. Gala Concert Dedicated to the 180th Anniversary", where they brilliantly performed an excerpt from the ballet "Jewels" by Balanchine. Semyon Chudin performed the main role in the ballet “Giselle” on the Big Stage of the Astrakhan Opera and Ballet Theater, and then fascinated the audience performing the role of the great composer, the refined and delicate Chopin in the ballet “Le Pari”.
The Honored Artist of Russia, prima ballerina of the Bolshoi Theater Ekaterina Krysanova is considered one of the best Russian ballet dancers of her generation. Her rich repertoire includes the roles of bravura Kitri, revolutionary Jeanne, romantic Juliet, Queen Mehmene, lyric Nikiya, dreamy Masha in “The Nutcracker”. The ballerina is famous for her dramatic skills and an incredibly reverent attitude to her profession.
The concert program will include the following performances: “Rhapsody on a Theme of Paganini” (choreography by Lavrovsky), Pas de deux of Diana and Actaeon from the ballet “La Esmeralda” (choreography by A. Vaganova), fragments of the ballets “La Bayadère”, “Swan Lake” and “Pas de Quatre”, which was staged for the four great ballerinas: Marie Taglioni, Carlotta Grisi, Fanny Cerrito and Lucile Grahn in London in the summer of 1845.
The best ballet scenes and duets will be performed by: Joy Annabelle Womack, Vsevolod Tabachuk, Sofia Romanova, Kamilla Ismagilova, Haruka Nomura, Nikolai Vylomov, Subedei Dangyt, Alyona Tatsenko, Askar Siraziev, Rudolf Dudoladov, Aygul Almukhametova and Artur Almukhametov.
You can buy tickets at the theater box office (66 - 76 - 30) and on the website of the Astrakhan Opera and Ballet Theater.