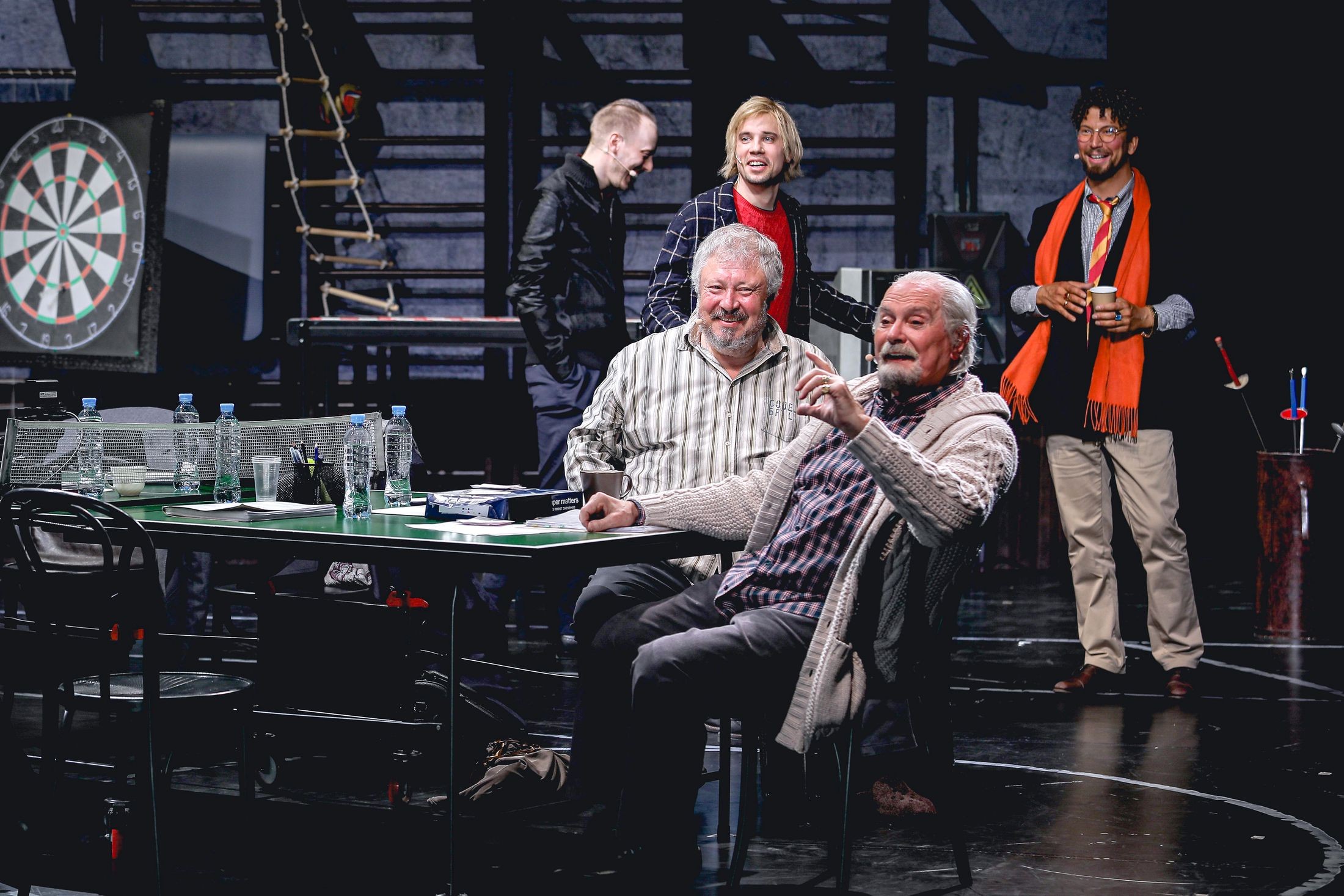 Within the framework of the federal program "Big Tours", the performance "12" will be given at the Astrakhan Opera and Ballet Theater on December, 23 and 24. The author of the production is Nikita Mikhalkov, the artistic director of Center for Theater and Cinema, the People's Artist of Russia.

The stage play "12" premiered on the Historical Stage of the Bolshoi Theater in April, 2021. The production was based on the same name film and was staged by Nikita Mikhalkov in collaboration with the Presnyakov brothers, the playwrights. The director's team also included: the production designer Yuri Kuper, the composer, the People's Artist of Russia Eduard Artemiev.

The play is a reflection on such things as freedom, compassion and willingness to help a complete stranger in trouble; it is a serious conversation about the problems that worry everyone today. The main idea of the work is always relevant: the law comes first, but what should be done when mercy seems to come before the law?

The Moscow stars will give only two performances in our city.

Tickets can be purchased at the theater box office (66 -76 - 30) and on the website of the Astrakhan Opera and Ballet Theater.