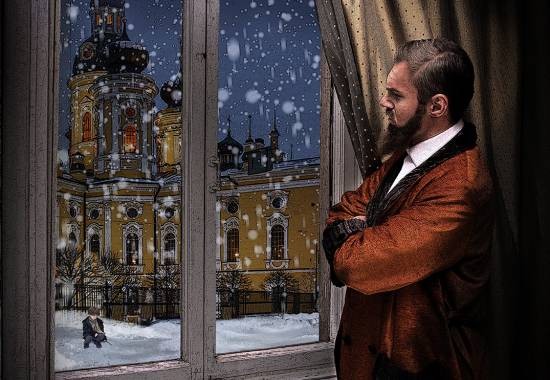 On November 27 and 28, the Astrakhan State Opera and Ballet Theater will present the world premiere of Sergei Diaghilev's opera "The Beggar Boy at Christ's Christmas Tree" based on the same name story by F. M. Dostoevsky.

The opera is based on the story, which was written by Dostoevsky in 1876 after he and his little daughter had attended a children's ball and a Christmas tree and then the Colony for Juvenile Delinquents. The writer felt anxious about the plight of these children, most of whom were homeless beggars.

The performance is staged within the framework of the current project "Art-pro-Movement" by the graduates of the famous GITIS and the Astrakhan troupe. The author of the project is Valery Voronin, the artistic director and chief conductor of the Astrakhan Opera and Ballet Theater.

The premiere performance is realized with the support of the Presidential Fund for Cultural Initiatives and the Russian Cultural Fund as a part of the celebration of the 200th anniversary of the birth of Fyodor Mikhailovich Dostoevsky in Russia.

On the TV program "Evening Astrakhan" the Stage Director Yulia Khubatullina and the theater soloist Andrei Shitikov spoke about the uniqueness of the opera, explaining why it would be interesting to the audience and why the performance had two finales. Link to the interview: https://astrakhan-24.ru/shows/vechernjaja_astrakhan/269